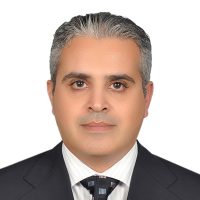 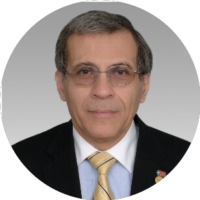 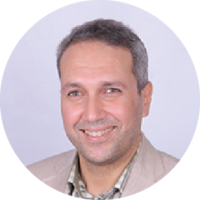 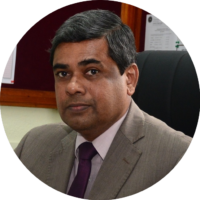 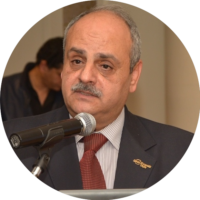 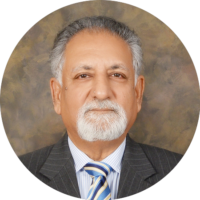 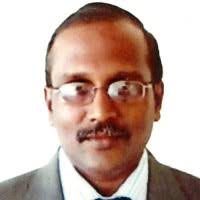 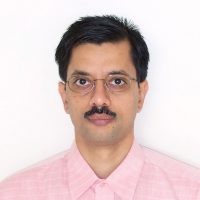 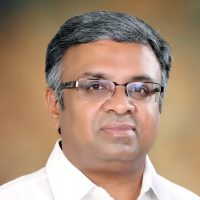 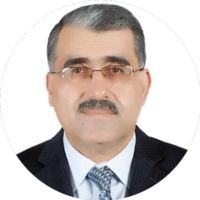 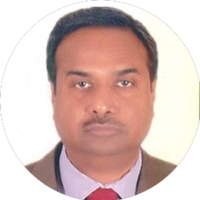 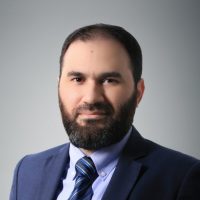 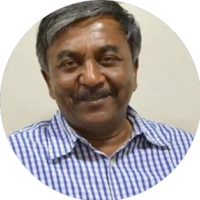 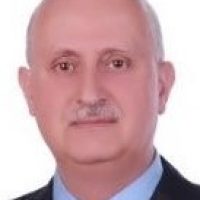 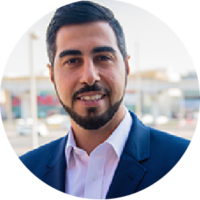 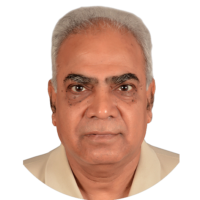 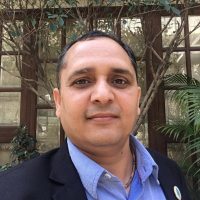 Prof. Ahmed A.Medhat A.Fahim is a Full Professor of Mechanical Engineering and Official Consultant at the Architect and Housing Institute, [AHI] at Housing & Building National Research Centre, [HBRC] , Past Director of the Electro-Mechanical In Buildings Institute, [EMBI] and Head of the MEP Technical Governmental Reviewers Committee at UTI-Institute at HBRC. HBRC is an Egyptian governmental body ,Since 1954, where all building codes and implementing regulations are prepared and published. He was graduated from the Faculty of Engineering at Cairo University at 1988 and got his M.Sc and Ph.D from the same university at 1993 and 1999 respectively. He started his HVAC career at 1985 before graduation as a trainee at KOLDAIR company which was one of the biggest and oldest HVAC equipment manufacturer and contractor that related to the Governmental Public Sector and after graduation he continue working till 1998 at KOLDAIR. After getting his M.Sc.. He works for many international consulting firms for the design and supervision of different HVAC projects in the Middle East. During 2002 HBRC elected him to join the field researchers team as a mechanical researcher and certified consultant for HVAC and fire engineering to participate in the developments of the HVAC and fire codes, in addition to that, He has been participated in preparation of Energy Efficiency Codes and the Green-Pyramid-Rating-System, GPRS for sustainable buildings design and evaluation. During the last Twenty years he has published more than sixty papers in international journals and conferences that are devoted to HVAC energy efficiency, development of indoor environmental quality and fire engineering.

Prof. Ahmed has established his private consulting firm during 1992 that named LUUKKI, Egypt “SFPE, NFPA, USGBC Certified”, such firm is working for both of Prescriptive and Performance-Base designs and supervisions for different HVAC and Fire-Engineering Design projects. Now, LUUKKI has more than 25 years’ experience in Egypt, Middle-East working for the design, CFD predictions, field tests with all applications of smoke-control & related fire engineering systems and strategies, in addition to HVAC and climate control systems in buildings. LUUKKI become accredited Fire-Engineering & Smoke-Control Consultant firm, develops and conducts a series of smoke-control seminars for HBRC, TUV, GTZ, ASHRAE Cairo-Chapter, ASHRAE Pyramids-Chapter, Egyptian Fire Protection Association. Finally, During the last 15 years, Prof. Ahmed “LUUKKI Director” conducted more than 30 technical articles in Fire-Engineering researches for HBRC. He is one of the authors of the HVAC & Fire-Safety-&- Protection-Codes. He has had input into various Standards, Codes, Regulations and is currently sitting on HBRC Committees for Fire Safety, Fire Engineering and Smoke Control along with a number of Egyptian Code Committees.

Fellow-ASHRAE, Ex-President of Turkish Society of HVAC and Sanitary Engineers, Chamber of Mechanical Engineers, he is a founder member of the Turkish Wind Energy Association, Turkish Solar Energy Association, and the past Country Coordinator of Wind Energy for CENTO, Engineering Track Member of USGBC, the founder of Exergy Analysis for Sustainable Buildings Technical Committee and the past vice-chair in ASHRAE. Country Manager of WADE (World Alliance for De-centralized Energy), Past vice president of TIBTD (Turkish Society of Thermal Science and Technology), Member of REHVA Education Council, Past Editor in Chief of Turkish Heat Science and Technology Journal, Advisory Board Member of Turkish Municipalities with Geothermal Energy, Vice President of EU Renewable Heating and Cooling Platform and Team Leader of Task 1. Advisory Board Member of Turkish Cogeneration Society, Past Member and Editor of Turkish Solar Energy Foundation, NATO ASI Organizers

Holding many recognitions, awards and certificates of Excellence.

External Examiner at Qatar University and College of Engineering for the Evaluation and Oral Examination of Senior Projects.

Hassan is Director at Griffin Consultants, an award-winning consultancy specialized in Sustainable Designs, Buildings Energy Efficiency, and District Cooling.
He is an ASHRAE Trainer at the Global Training Center , a certified trainer by the Association of Energy Engineers for the CEM course, an appointed Consultant for the ASHRAE 62.1 Standard and the recipient of the prestigious Young Energy Professional of the Year 2015 for the Middle East region by the AEE
He also facilitates the program course on Energy Auditing organized by the Emirates Green Building Council in collaboration with Masdar and the Dubai Supreme Council of Energy in Dubai and is a regular contributor to regional conferences and publications on energy efficiency.
Hassan is on the Boards of Governors of the local and regional chapters of ASHRAE and CIBSE, the internationally-adopted standardizing authorities based in the USA and UK respectively. In those capacities, Hassan works to promote the advancement and improvement of the regional construction industry by collaborating with industry professionals, academia, and governmental entities. He is currently the Chairman of the Industry Advisory Panel of the Herriot Watt Architectural and Engineering Program.
With extensive experience in engineering systems design, analysis and consulting and a passionate objective of raising the industry and sustainability standards in the region, Younes entered a partnership to establish Griffin Consultants where he is responsible for all technical and developmental aspects of the firm. Throughout his career, he was involved in the design of multiple high-end developments including retail, residential, commercial, and hospitality projects some of which are iconic in the Emirate of Dubai. Hassan led and completed multiple energy audits with private and governmental entities and provided consultancy on various governmental energy efficiency programs.

Dr. Hesham graduated with B.Sc.  in Mechanical   Engineering in 1994 from Higher Technological institute -10th of Ramadan university. He worked at  Miraco-Carrier-UTC as a BSS Technical manager  (1996-2014),responsible for Chiller, air handling units, fan coil selection and pricing , he gained his experience  in HVAC industry, and design.  Dr. Hesham  obtained his master of science 2009 From Cairo university  in District cooling  systems & then obtained the  Ph.D. in Geothermal energy application in HVAC  from Cairo University 2014 ,He was an instructor for Miraco-Carrier company – Carrier Adel Barakat training Centre from 2005-2014 , Dr Hesham has  obtained certificates in HVAC design and energy modelling courses from Syracuse-NY Training Carrier USA (2005-2010),HAP LEED COURSE from Carrier university., and  Certificate of Attendance for High performance buildings ,ASHRAE 62.1.ASHRAE 90.1 from ASHRAE  educational institute Chicago, 2012, and  STDF program instructor for industry 2013, he is the head of RP committee in ASHRAE committee and a board of governor  in Cairo Chapter

Dr Hesham joined the BUE in 2014 as Lecturer in Department of Mechanical Engineering. Dr Hesham major Experience in the industry and applied engineering science for over 20 years in Miraco-Carrier industry school  and mainly a consultant and partner in Multiclima consultants for HVAC  Central projects , the scope of his education and research for applying Sustainability ,Green building  specialized in Geothermal ground source heat pumps and  energy & atmosphere ( EA)  part in LEED for  middle east   Commercial projects area  .

Dr Hesham has been nominated as international instructor in VRF air-conditioning system , he made an international training course in South Africa , Dubai, and  Pakistan.

Dr Hesham has support 2 undergraduate projects to support industry, and they are nominated in the Oriental weavers factories

After graduating from IIT, he joined VOLTAS LIMITED, a Tata Group Company and India’s premier Air-conditioning Company, in 1977, as a Management Trainee.

He spent the next fifteen years in VOLTAS, where he handled several assignments including Sales, Project Execution, Service and then moved to the Corporate Office where he was responsible for Business Development, Technology Transfer and Dealer Development.

Krishnan separated from VOLTAS in 1992 and started his own enterprise which is engaged in the business of manufacturing and marketing Air, Fire and Smoke Management Products.

He has actively participated in Region-at-Large Activities. Served as Regional Treasurer. At a Society Level, Krishnan has been a Member of ASHRAE TC 5.03 since 2004 and served as Voting Member. He also served as a Voting Member on Special Projects Committee 200.  He currently serves on the Society’s Nominating Committee and also served on a Presidential Ad-Hoc Committee to draw up the By Laws and Manuals for the  Region At Large.

Krishnan is the recipient of ASHRAE’s  Chapter Service Award and Regional Award of Merit.

Krishnan has been involved with ISHRAE since 1986. He has served as Secretary, Treasurer and President of the Mumbai Chapter, Regional Director (West) and also as Secretary at the Headquarters. He served as President of the Society during the Society Year 2011-2012. Krishnan has scripted several documents for ISHRAE including the Chapter Operations Manual, the Committee Documents, Finance Manual and is also on the Board of Trustees of the ISHRAE Institute of Excellence, the educational arm of ISHRAE. He is also an active Member of the ACREX National Steering Committee. Member of the ISHRAE Certification Committee and also a Faculty for the ICP Design Certification Program and the ICP Clean Room Design Certification Program. Krishnan currently serves on the Society’s Honours & Awards Committee and is the Vice-Chair of IIE

Krishnan is on the Panel of ISHRAE Distinguished Lecturers, where he speaks on Room Air Distribution. He has spoken at several seminars and conducted numerous workshops and training programs on the subject all over India.

Krishnan is also an active Member the Society of Fire Protection Engineers, USA.

Send your inquiries to: